If it is in the way, it is the way: the only true path to a growth mindset

I believe that helping our students to find their way a growth mindset is so important it must become one of the pillars of our math teaching, but I also believe that the primary ways our leading experts are pushing right now are so misguided I can no longer stay quiet.

The bottom line is this: if you believe that a learner can simply let go of their fixed mindset just because you tell them to, then I have a bridge to sell you. I believe that the positive intentions behind this initiative are leading students to develop new ways of hiding their true selves in math class, and I can already see this approach leading to even worse forms of self-abandonment and closed-off-ness that are only going to make the whole situation much worse.


So this is my plea for us to all stop trying to coerce students into a growth mindset and instead to start developing a more mindful approach to helping students engage with a growth mindset. 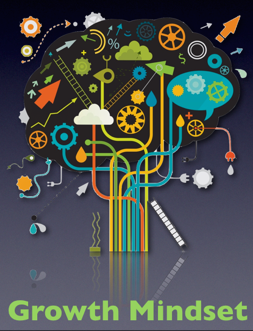 Carol Dweck and Jo Boaler have done more than anyone else to popularize the idea that adopting a growth mindset is the way to go in math, but I believe that the ways they are trying to spread the gospel of a growth mindset are both harmful to students and doomed before they begin.

They are doomed because they amount to lecturing and shaming students about their defense mechanisms — an approach they would never take in the actual teaching of mathematics. A fixed mindset is a set of conditioned habits, and you can't change a habit just by force of will. 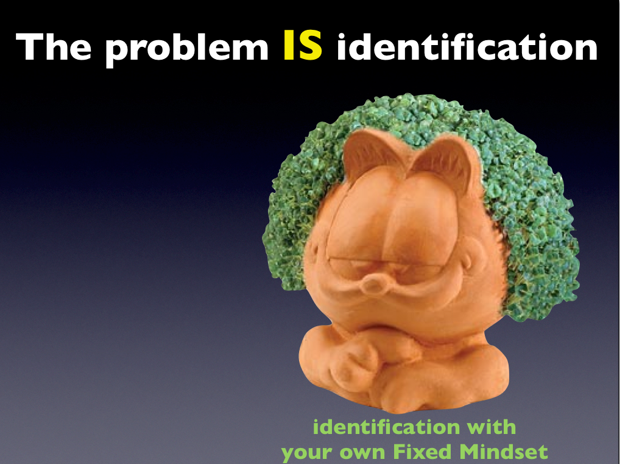 The reality is that a fixed mindset is a defense mechanism — an unconscious set of adaptive survival behaviors that evolve within a person's sense of self as a defense against what it perceives to be a threat from the outside. In the math classroom, that threat is often the threat of failure, of annihilation, of humiliation. It doesn't matter what you or I perceive the threat to be. It doesn't matter whether you or I perceive the threat to be real or not. Simply put, a fixed mindset about math — as is a self-identification as a "non-math person" —is a defense mechanism. It's not about you.

Please repeat that last part after me: a student's own personal fixed mindset about math is NOT about you.

It's the psyche's way of protecting the soft, vulnerable center of the student's own self from what it perceives to be a threat to the continued existence of its organism.

The only thing that matters in all of this is how the learner perceives the threat for him- or herself. And a fixed mindset in the learning of mathematics is a (misdirected) protective function that has arisen inside the learner as a way of keeping that learner safe from harm — often harm that you or I, as a teacher, represent. 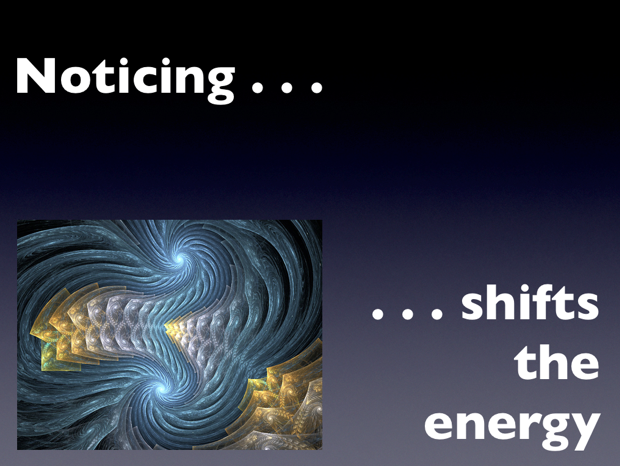 About 40 years ago, Eugene Gendlin (the great psychotherapist from the University of Chicago) teamed up with psychologist Carl Rogers (who pioneered the humanistic or client-centered approach to psychotherapy) to investigate the question of why some people are able to make permanent and lasting change through therapy while others cannot. What Gendlin discovered was that those who make progress are the ones who are able to direct their inner "focusing" on their own subtle, internal bodily awareness or "felt sense" — a felt sense that opens the door to finding their own self-directed resolution of the problem about which they felt stuck. In his books starting with Focusing, Gendlin documented and popularized a simple yet powerful six-step process which could be taught to individuals to help them access their inner felt sense, and to work with it to bring about a "felt shift" out of their stuck place and into a freer and more authentic relationship with their triggering situations. This process takes time and patience and psychological and emotional maturity and generosity of spirit that few of us get trained in via the usual teacher training and professional development pathways. But this is the only truly non-coercive way to support students in developing an authentic growth mindset about mathematics.

The only successful way to work with defense mechanisms — the only way that has been shown to bring about long-term inner change, either in a therapeutic or in an inner development context, such as mindfulness — involves empowering learners to gently and non-coercively notice their own defense mechanisms when they pop up.

The choice to leave behind a self-identification as a "non-math person" MUST come from inside the learner him- or herself. It cannot be imposed from the outside, no matter how well-intentioned that coercion might be.

This is what my Ignite talk at CMC-North Asilomar 2015 was about this past December. I hope this will help others to make sense of how we can best support our students on this inner development path.

Posted by cheesemonkeysf at 4:31 PM