Life on the Unit Circle - Board Game for Trig Functions

I suppose it was predictable that I would turn the unit circle into a board game as a practice activity, but somehow this still caught me by surprise last night as I was drifting off to sleep. Thank you, deeper wisdom of the unconscious.  :) 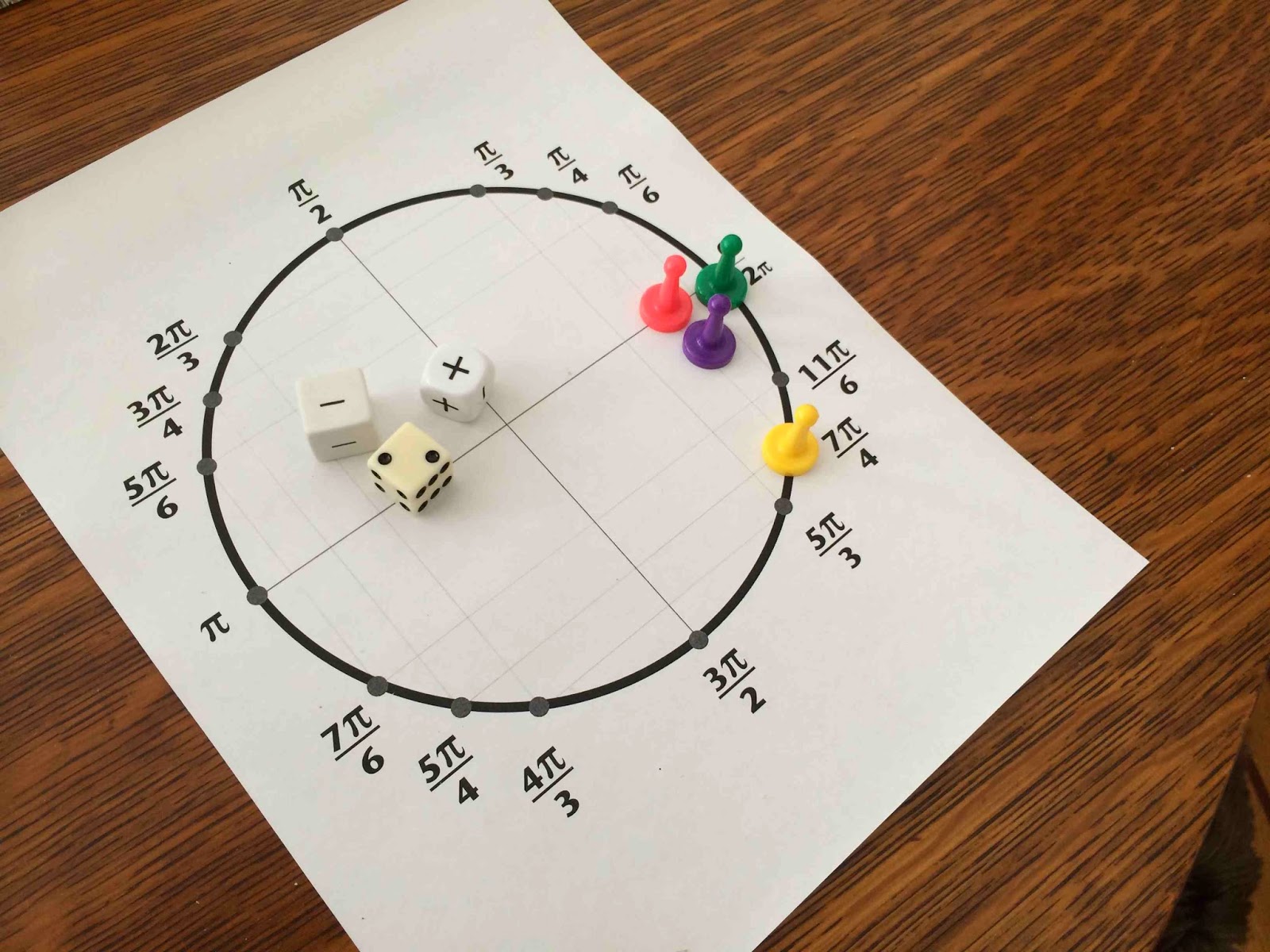 This uses the same basic idea as Life on the Number Line, but you can use whatever trig or inverse trig or other practice cards or problems you want to use. Choose your game piece, take turns, and everybody solves whatever problem comes up. Rolling a positive-positive-number or a negative-negative-number on the dice moves your game piece in the counter-clockwise direction (positive angle in standard position) from (0, 1) to start; rolling a positive-negative-number combination moves you in the direction of a negative angle in standard position (clockwise around the circle from wherever you are).

I like this as a practice structure because I try to avoid games that have a strong win-lose association. It also communicates my group work norms of "same problem, same time" and "work in the middle."

You can use the game cards from Trig War (on Sam's blog) or Inverse Trig War (on Jonathan's blog) or from anyone else. I know I plan to. Have kids shuffle them into two piles, one for positive moves and one for negative moves. The point is to do a lot of problems and to get kids used to living on the unit circle. Print the problem cards on colored paper for variety.

I have one new rule, though: whatever point you land on, you have to declare the cosine and sine of that function.

I "score" this as a tournament, requiring each group to do a minimum number of problems, usually a pretty huge number. I keep group scores on a poster or on the white board. I also offer extra credit points for groups that exceed an even more outrageous number of problems. For some reason, the words "extra credit" seem to add a magical flair. I say, who cares as long as kids practice — they're only points!

I buy my plus-minus dice from this seller on eBay and have never had a problem.

Posted by cheesemonkeysf at 11:18 AM