With Talking Points, I keep finding that the more I push control down into student groups, the better they self-regulate and dive into the material.

So here is a self-guided intro to Talking Points for Algebra 1 students.

Also, with blind students in the classroom, it becomes even more important for equity that student groups speak and listen equitably to ensure inclusion. So with Talking Points, in addition to handouts, I can give a blind student the Word document on a flash drive, they can plug it into a Braille reader (which allows them to read a line at a time), and everybody is off to the races.

The ever-growing Google Drive folder for new sets of math Talking Points is at http://bit.ly/1eHGPWM.

Posted by cheesemonkeysf at 2:49 PM 4 comments:

Personally, I am thrilled for my good friends at The Math Forum, who have contributed so much to our extensive worldwide professional learning community. But I also want to witness what a milestone it is for TMC that this is the venue at which the merger was announced.

Five years ago, we were a positive but isolated group of individuals connected by Twitter and by our math teaching blogs. Today, our little conference was the platform for an important piece of news in the math education world.

I have said this before — TMC and the MTBoS (the Math Twitter Blog-o-Sphere) are not a flash in the pan. They represent a paradigm shift. We are a movement.

They and The Math Forum are living proof that the "market" does not want what focus groups or policy committees think is the safest generic middle course to follow.

They are proof that what is needed — desperately needed — is a community of individuals committed to embodying a better and more sustainable set of principles in our teaching practice and in our professional development lives: 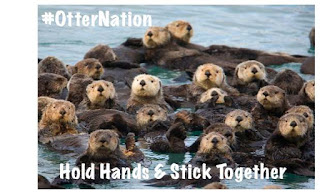 Posted by cheesemonkeysf at 11:16 PM 3 comments:

The Primacy-Recency Effect: a conversation with Jennifer Carnes Wilson (episode 1)

Thanks for engaging with me on David A. Sousa's  The Primacy-Recency Effect article. I too like to reread it and think about it around once a year, so your tweet was most timely for me.

There is a Freudian slip-style of typo in his very first sentence that has always struck me as encapsulating the entire debate he has provoked:


When an individual is processing new information, the amount of information retained depends, among other things on what it is presented during the learning episode. (emphasis mine)

Clearly he means to say "when" rather than "what," but for me, that question of "when" versus "what" lies at the very heart of the debate about student discovery of new ideas. Is it more important when students encounter a new idea or how they encounter it? If I have students tinker and investigate for too long at the beginning of the class period, I risk missing their window of greatest receptivity and retention.

On the other hand, if I start right away by framing the big idea, I harness their optimal moment of receptivity and retention, but am I doing so at the risk of their autonomy?