We have a very large department (24 teachers) and not all of us have the same block for lunch. The block 6 lunchers had a pot luck last week, and so fueled by the competitive spirit, the block 5 lunchers were mobilized by one of the least social people in the department to host our own pot luck. The sign-ups were on the corner one of the office white boards, so the menu was shaped over the last week. And since we have by far the largest crew, hopes were high that we could pull this off. And we did so -- with style. 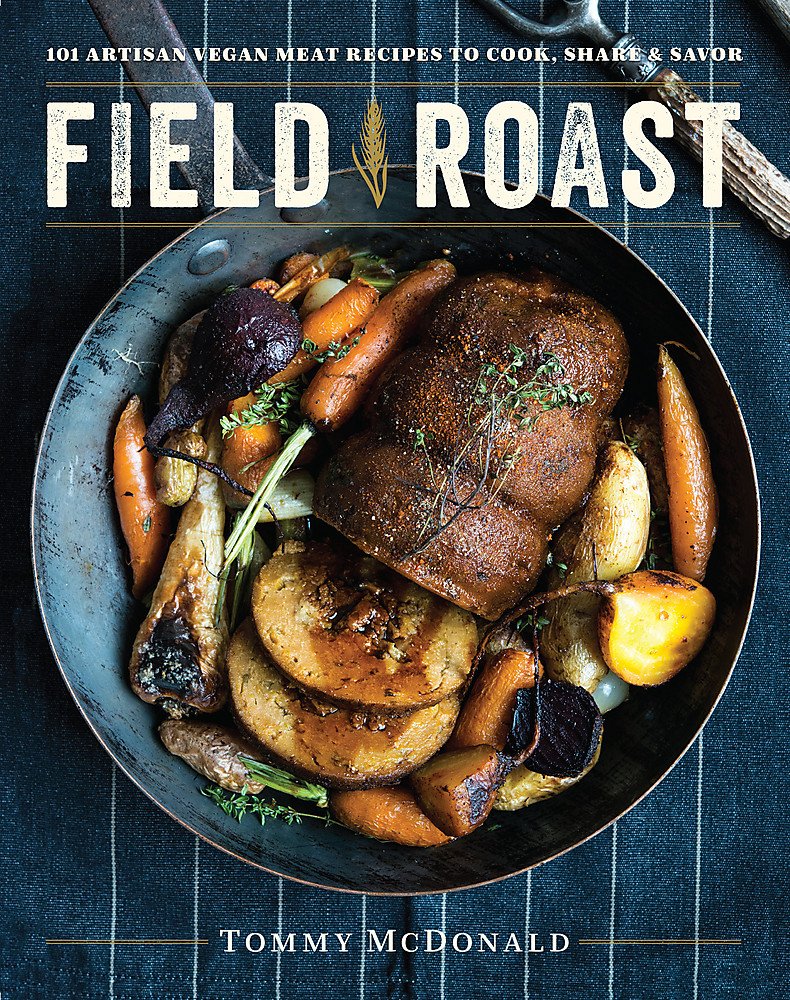 I made the Lemongrass and Ginger Roast from the Field Roast cookbook because I've been wanting to try it and we have a surprisingly large number of vegans and people with significant food sensitivities. I rushed home from school yesterday so I could make it and set it on the stove to simmer. Sarah made a salad which I had been planning to use as a base for my new favorite school lunch (chef salad surprise). Ernie made an incredible, silky hummus and pita bread. Lisa made a shrimp and avocado ceviche. Raymond made a wonderfully spicy red lentil dal, which I still don't understand how he heated up but it was delicious. Tyler brought donuts. Scott baked a boule of crusty sourdough with cheese and sausage.

But the runaway winners of the day -- and in my opinion, the offerings that raised this pot luck to the level of Artistry -- were Robert's mother's fried chicken wings and Alex's made-to-order waffles.

Alex brought in his waffle iron and a killer cinnamon syrup that he had discovered on the internet. His TA worked the waffle-making station at the standing desk, making waffles to order and generally supervising (don't worry, we fed her).

We. Had. Chicken. And. Waffles For. Lunch.

And fresh-baked sourdough bread. And vegan charcuterie. AND DONUTS.

At one point, Art strolled in from the computer lab and felt bad that he hadn't brought anything. Everybody jumped in and chided him, "DON'T FEEL GUILTY -- WE ARE DROWNING IN FOOD." So he loaded up a plate and joined us.


I don't know why we never did this before.

As we were winding down, Lisa said, "I kind of have a math problem I wanted to ask about, but I don't want to spoil it."

And everybody jumped in again and said, "DON'T FEEL GUILTY." She sketched the problem and most of us started tinkering on scratch paper, but as usual, Robert saw straight through to the core of the simplification. We all put down our forks and pencils in shock at his surprising yet unsurprising clarity.

Then, of course, we needed another round of waffles.

It was the best community-building activity I've ever done. And it was basically free. I hope we do it again soon because Raymond's grandmother made these killer dim sum things for our end-of-school pot luck last year that nobody knows the name of but everybody devoured them. They look like little fried footballs with some kind of mystery meat or veggies inside their cavernous pockets. And they are TO DIE FOR.
Posted by cheesemonkeysf at 5:47 PM 1 comment: