The Secret of Flowchart Proofs #officesupplies


Two words for you: 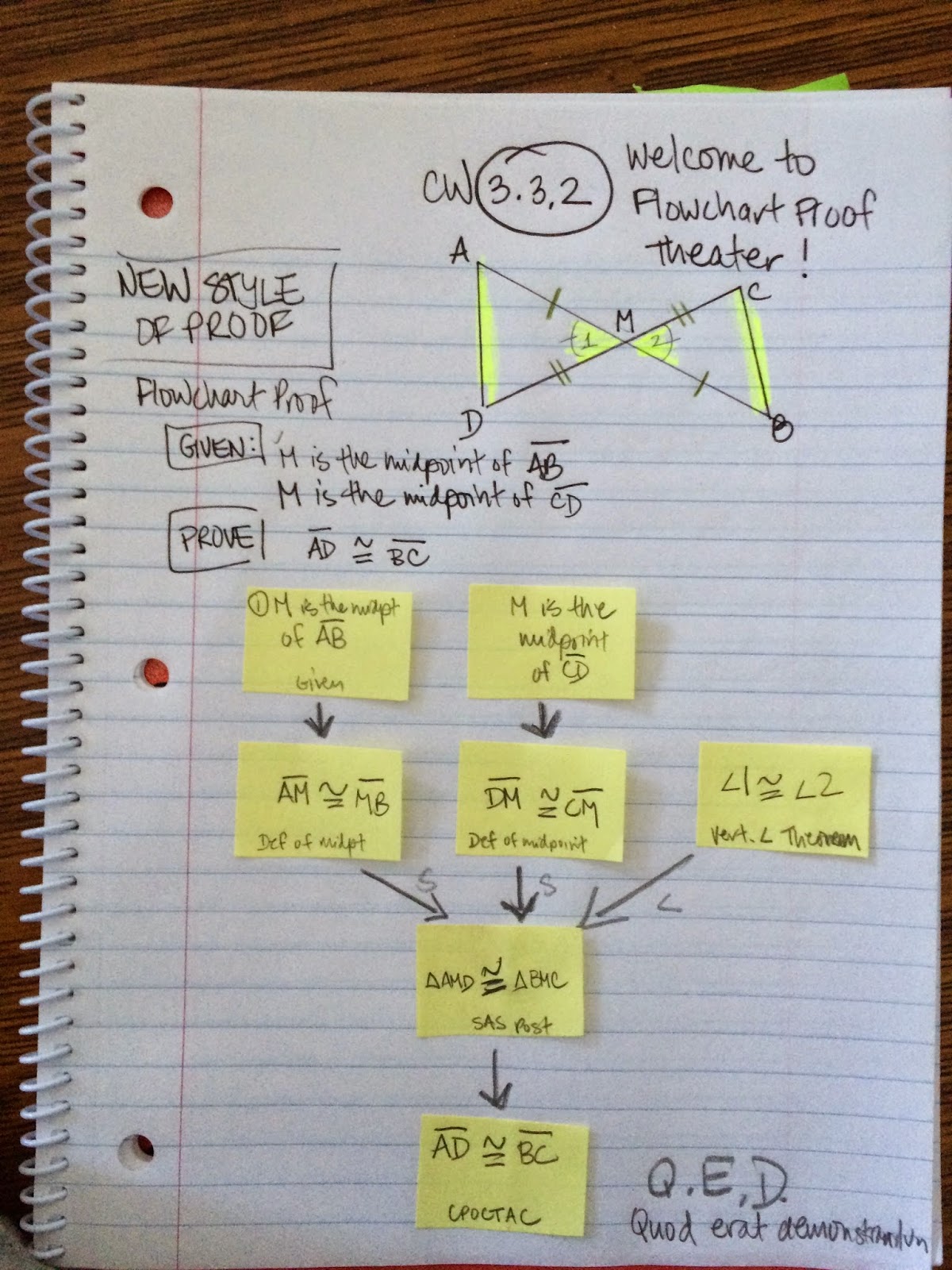 OK, so maybe there is still a tiny bit more to say about this.

One of my Geometry colleagues and I have students who are still struggling with two-column proofs (which are required for us), so we decided to add in Flowchart Proofs. He went first, introducing them in his 1st Block class, and I introduced them in my 2nd Block class, except... being obsessed with office supplies, I decided to chop up some tiny Post-It notes into REALLY tiny Post-It notes (i.e., I cut them into halves). This way they fit better into students' notes and really gave the idea of representing a single idea.

They also dramatically simplified the process of rearranging steps if you realized you had not ordered them in the most effective way.

At first I had students write their "Reason" underneath the tiny Post-It with their "Statement." But then I realized it would be better if the "Reason" were written at the bottom of the tiny Post-It. That way, if you have to move anything around, there is much less to erase.

Once students are satisfied with their flowchart, they can draw in arrows and add any Latinate flourishes from which they believe their proof will benefit.
Posted by cheesemonkeysf at 11:30 AM